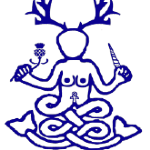 The name of the Association is Goddess Temple Community Alba - Scotland.

The Aims and Objectives of the GTCA  is to serve the Scottish Pagan and Goddess Community to the very best of its ability by:

1.Providing accurate information on Paganism to government, non-governmental organisations, the media, academia and the general public. Serve an educational centre, a bridge to be able to approach Guvernamental bodies, to give a voice to the Goddess Spirituality Community and Pagans when possible

2.To seek to support all Pagans in their personal and public life, to help ensure that they have the same rights as anyone by:

2.1. Facilitating a meeting place and opening a shop and community centre space. This shall serve not only the Pagan community but also as a space Open for the General Public. Pagans suffer a lot of discrimination in Scotland, that is a fact. Mostly due to the lack of understanding of our practices. We believe that having an open space will equal us pagans to other faiths in the country, providing sanctuary and an umbrella space for pagans.

2.2. Celebrating a Goddess Parade. An Interfaith event to Invite Other Faiths in Scotland that worship the Goddess, to come together and Celebrate the Goddess in a common parade. To again, help to bring Paganism and Goddess Spirituality closer to other faiths, equal it to them and bring it closer to the general public too. This event will be held when Covid allows.

2.3. Providing services to the Pagan community in Scotland including, but not limited to, provide a body of Pagan Registered Celebrants and Priestesses/Priests to perform life-rituals such as marriage, handfasting, naming and funeral ceremonies; and support, advice and pastoral care for Pagans.

2.4 Helping to build community through the development of different Events, groups, networks across Scotland and local levels but also International ones, to connect with the broad Pagan Community outside of Scotland, European-based Pagans, and those of other Indigenous and Pagan Religions World-wide.